All Eyes on November

All Eyes on November: Control of the Senate up for Grabs in Mid-Term Elections

We are just over a month from the Mid-Term Elections that will decide control of Congress and while the Republicans need to pick up at least six seats to take control of the Senate, there is a very real chance they could do so.

Republicans are strong favorites to win Senate seats in red states that are currently held by retiring-Democrats (Montana, South Dakota, West Virginia) and there are strong challenges to Democrats who are running for re-election in red or purple states (Alaska, Colorado, Louisiana, Arkansas, North Carolina, New Hampshire). While there are also competitive races for seats that are currently held by Republicans (Iowa and Kansas), the Republicans currently have more paths to a majority than the Democrats, which leads polling guru Nate Silver of fivethirtyeight.com to give the Republicans a 57.9 percent chance of winning the Senate (as of this writing). 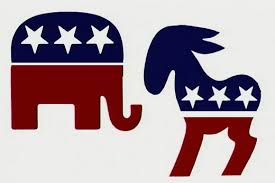 The Republicans would get to 50 seats if they can hold on to win the relatively close races in which they’re slightly favored (Arkansas, Alaska, Georgia, and Louisiana). That would mean Democrats would need to sweep the remaining six races in which they’re slightly favored or the race is considered a toss-up (Colorado, Iowa, Kansas, Michigan, North Carolina, and New Hampshire). In this scenario, it is expected that Kansas independent Greg Orman, who has said he would caucus with whichever party has the majority, would caucus with the Democrats, creating a 50-50 split and giving Vice President Joe Biden the tie-breaking vote.

So, what would a Republican-controlled Senate (along with a still-Republican-controlled House) mean for housing counseling and beyond? We’ll have more to say on this down the road should we find ourselves there, but for now it’s pretty clear that very little would come out of Washington for the remainder of President Obama’s second term. While two years of dysfunction is clearly not desirable, the big question mark will be how a Republican-controlled Congress and President Obama would work on issues on which they would need to reach agreement, such as raising the debt ceiling and federal budgets.