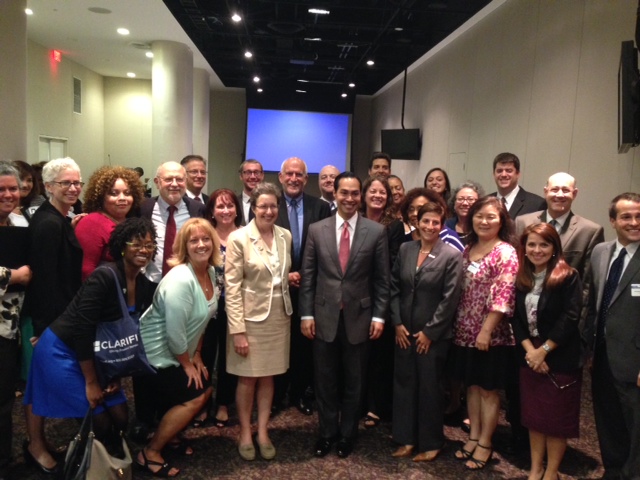 Our team raised key issues that we think the Secretary could lead on, including:

In his remarks, Secretary Castro highlighted some of his priorities for his (what he stressed would be a relatively brief) time at HUD, which include increasing access to mortgage credit, a renewed focus on connecting public housing to education and job training programs, and making place-based work as effective as possible through multiple government agencies working in conjunction. (For more on Secretary Castor’s plans with respect to access to credit, check out this Washington Post blog post on the Secretary’s first policy speech, which was delivered earlier this month at a 40th birthday celebration for Secretary Castro and his twin brother Congressman Joaquin Castro.)

All-in-all, the meeting was a great success that allowed the housing counseling community the opportunity to introduce ourselves to Secretary Castro and opened the door to working with him on some of our high-level priorities. We are looking forward to a having a strong and productive relationship with Secretary Castro and HUD generally.